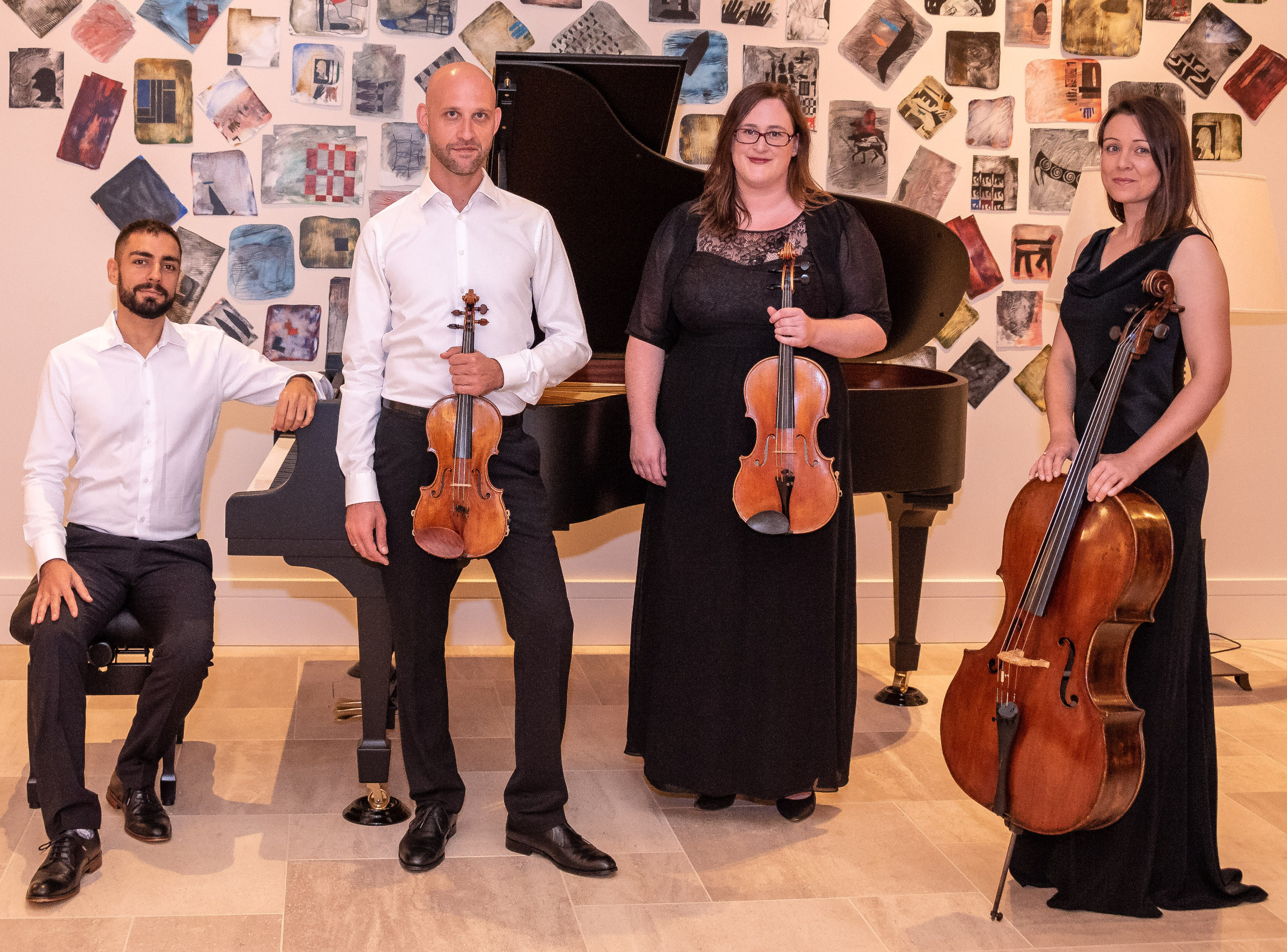 "[...]there’s no denying the quartet’s accomplished technical and musical excellence. Balance among the four players ideally judged with every strand of the texture played and projected with finesse. "
Tony Ryan, RNZ - Upbeat review

"They were well in charge of their interpretation for each work and knew exactly where they wished to lead us by their careful phrases and stylistic assurance. "
Christopher Marshall of Christopher's Classics

"[...]they impressed with the clarity and expression in their playing, and for the exemplary cohesion and balance between the piano, violin, viola and cello."
Hanno Fairburn, The Rotorua Daily Pos

Having formed at the end of 2015, the Villani Piano Quartet is a dynamic, unique ensemble in the New Zealand chamber music scene. With both local and international experience, the team has come together with a drive to present the unique richness of the piano quartet repertoire to audiences of all ages.

The Piano Quartet has performed to critical acclaim throughout the north island in collaboration with Chamber Music New Zealand, as well as build audiences at home in Auckland. The Quartet’s programming is as diverse as the group itself, introducing little known works from well known composers such as Mahler, to New Zealand premieres of contemporary masterpieces such as the Vasks Piano Quartet.

For 2019, through collaborative work, the Villani Piano Quartet commits to bringing new and exciting repertoire to the stage, as well as newly converted music lovers to the auditorium. 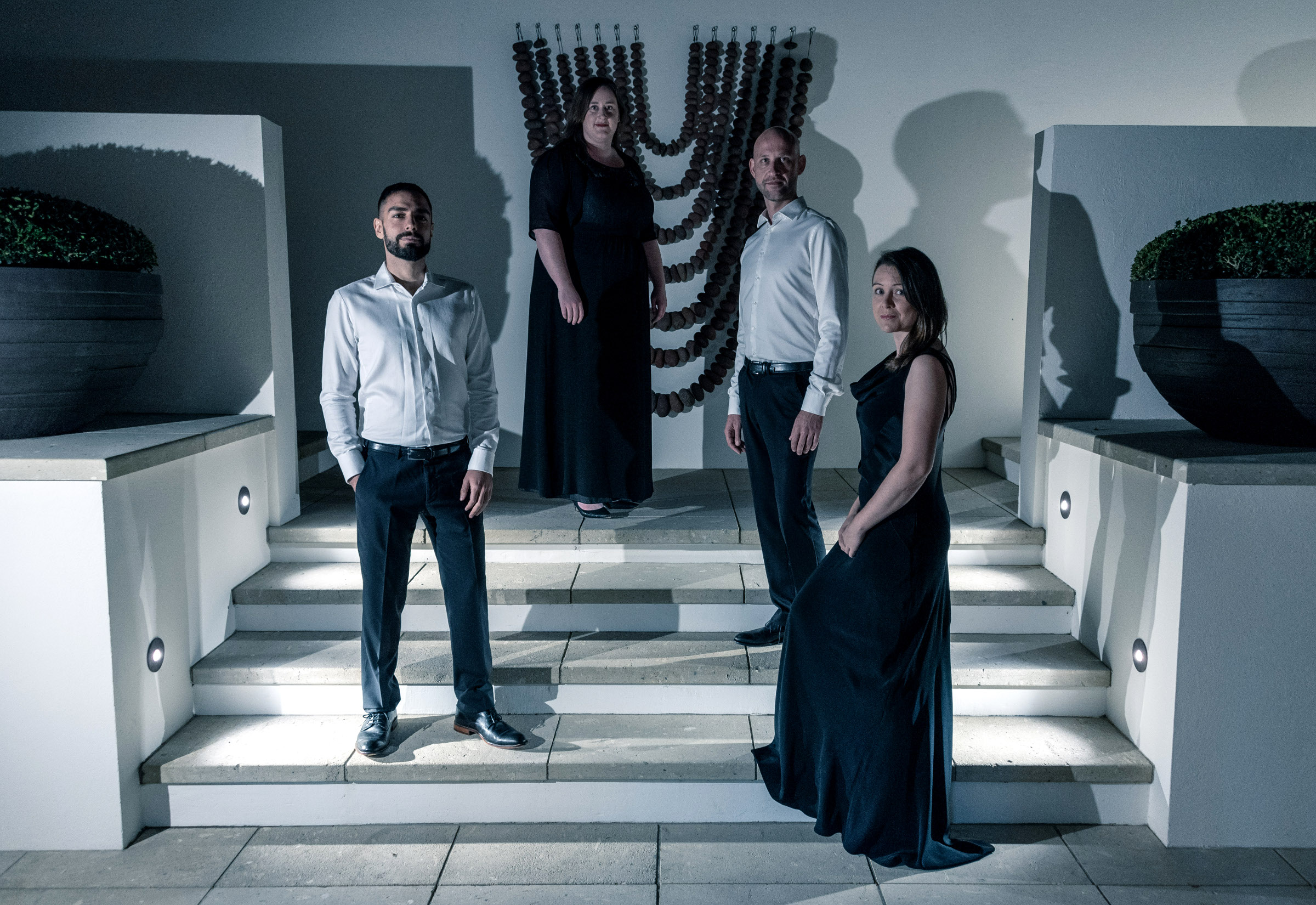 These are our next scheduled concert dates.
2019.

An history of our performances
2018. 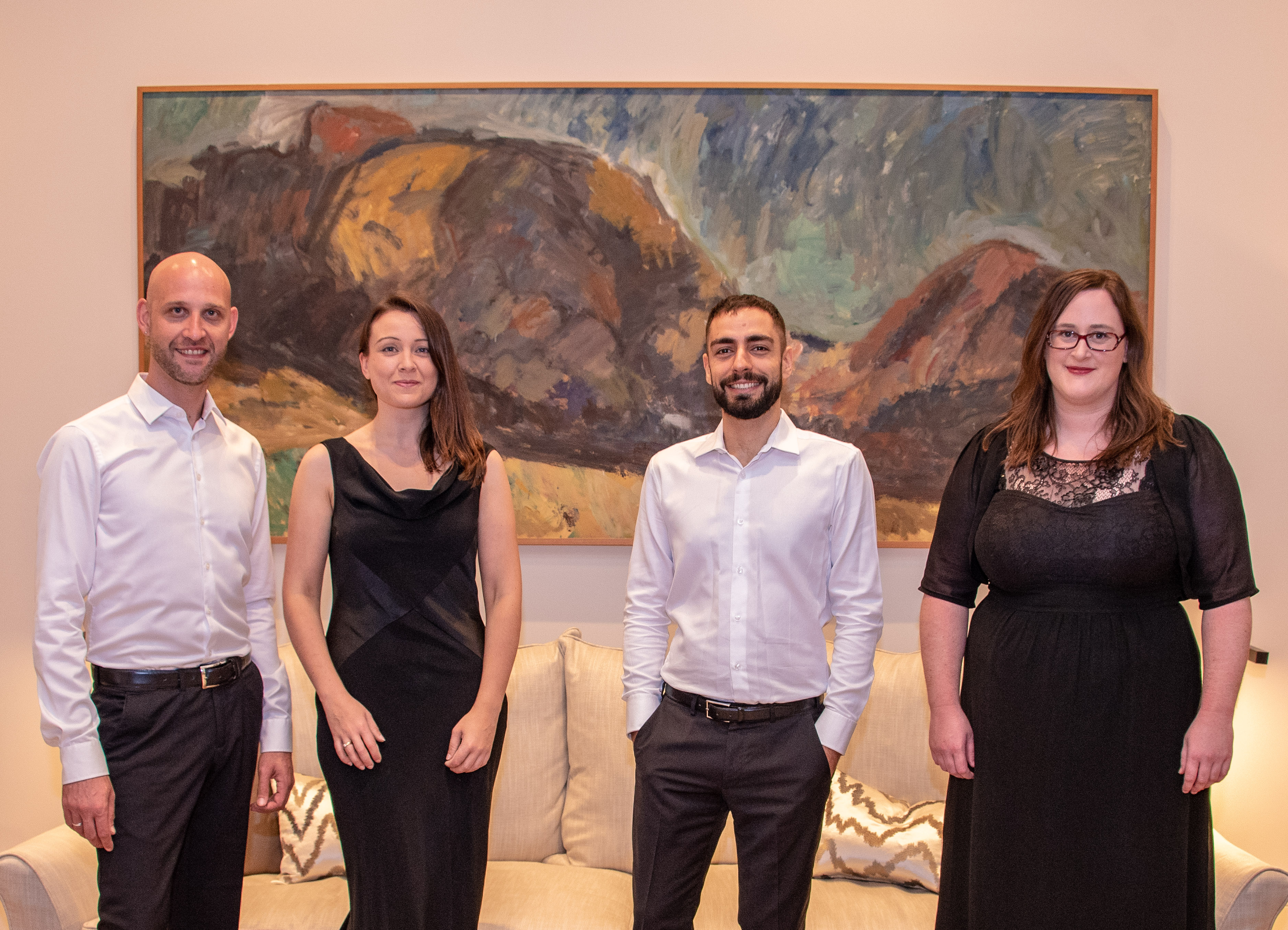 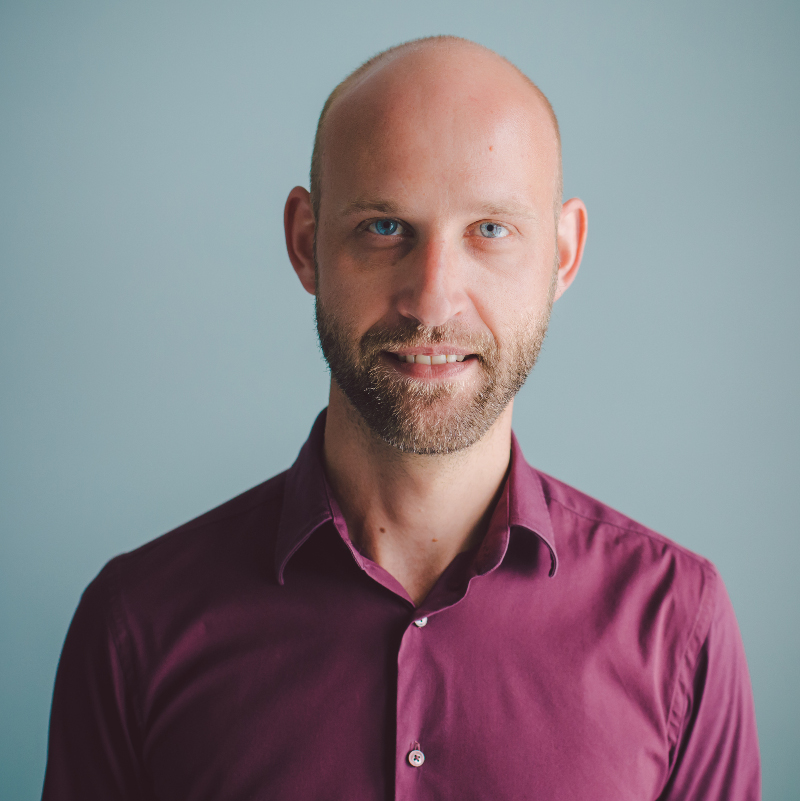 Marko Pop Ristov started his musical education at age 9 in his hometown Bitola, North Macedonia. In 2000 he was invited and awarded a full scholarship to study with P. Vernikov at the "Scuola di Musica di Fiesole" in Florence, Italy. He then graduated from the Royal College of Music in London, UK, with a BMus in 2009 and subsequently obtained his Masters in Chamber Music from the Guildhall School of Music and Drama in 2012.

In 2010 Marko was invited to perform the "Rombach" piano trio by P. Dusapin for the BBC Proms and in 2012 he also had his Barbican debut. Since his arrival in New Zealand in 2013 Marko is a regular player with the APO and ACO as well as section leader of "Bach Musica". He is a founding member of the "Villani Piano Quartet" with whom he has performed all around New Zealand.

Originally from Dunedin, Helen Bevin studied at the New Zealand School of Music under Gillian Ansell, winning the university’s concerto competition and a number of awards including the prestigious Pettman/ROSL Arts International Scholarship. Moving to London, she gained a Masters of Music with Distinction from Guildhall School of Music & Drama in 2011, studying with Rachel Roberts. She then freelanced with such orchestras as the London Philharmonic Orchestra, Britten Sinfonia (Guest Principal) and Philharmonia Orchestra, touring extensively throughout Europe and China.

Helen has played solo and chamber recitals throughout New Zealand and the UK, including recitals at St Martin in the Fields, the National Portrait Gallery and the Edinburgh Fringe Festival. She has attended IMS Prussia Cove, Thy Masterclass and Moritzburg Festival Academy, and while studying was Principal Viola with the NZSO National Youth Orchestra and Australian National Music Camp. At just 24 she was appointed Solo Viola with the Lahti Symphony Orchestra in Finland, recording several Sibelius symphonies in their renowned Sibelius Hall (Sibeliustalo) and touring internationally before returning home to New Zealand to join the Auckland Philharmonia Orchestra.

Alongside her APO work Helen plays as Guest Principal Viola with various orchestras including the Auckland Chamber Orchestra and Bach Musica, as well as teaching through Epsom Music School. Recent chamber music collaborations include performances at the Dunedin Arts Festival and concert tours with the Villani Piano Quartet. 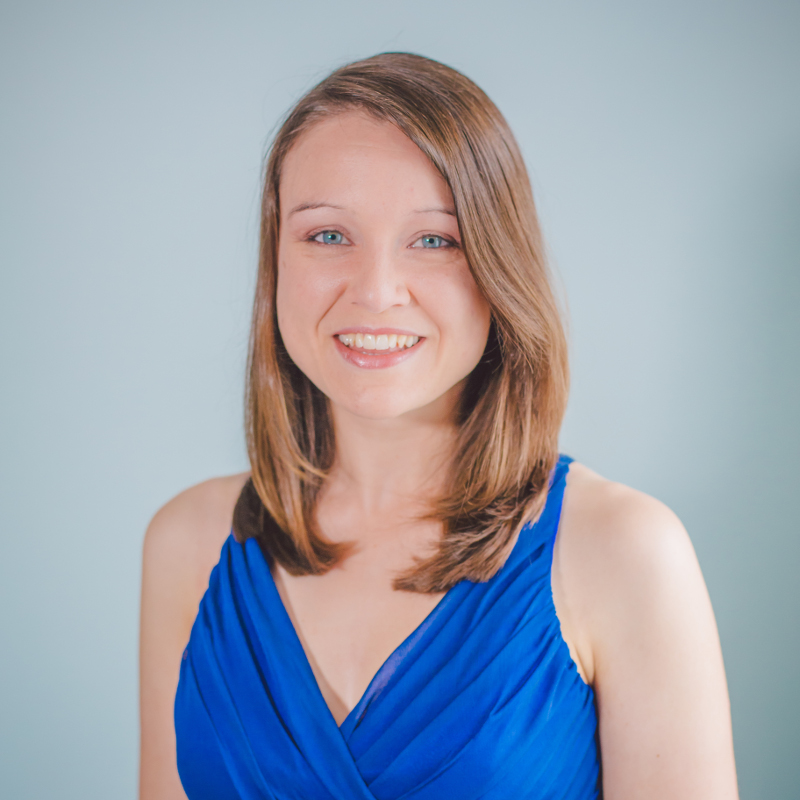 Sarah left her hometown in Scotland to study for a Bachelor of Music (Honours) in Cello at the Royal Northern College of Music. From Manchester, her cello studies continued with Gregor Horsch - Solo Cello of the Royal Concertgebouw Orchestra - at the Robert Schumann Musik Hochschule in Düsseldorf where she gained a Masters in Chamber Music. Whilst studying in Germany, Sarah also attended the Orchester Zentrum in Dortmund to perform in masterclasses with many major principal cellists from around the country, including Ludwig Quantz from the Berlin Philharmonic.

Sarah has performed at the prestigious Acht Brücker Festival in Köln with Europe’s leading contemporary ensemble, Musik Fabrik. Her interest in contemporary music has led to many collaborations with composers including Michael Denhoff in Germany, Charlie Usher in England and Gemma McGregor in Scotland. With the Eris Ensemble, of which she was a founder member, Sarah recorded a CD of contemporary Scottish Music. Having also studied Baroque Cello with Susan Sheppard, Sarah has performed with baroque groups across the UK and Germany, as well as locally with NZ Barok.

As a freelancer, Sarah regularly performs in the APO, ACO, Bach Musica and Pipers Sinfonia as well as touring NZ with the Villani Piano Quartet. Teaching hours are spent as a senior tutor with an amazing team at the social intervention project, “Sistema Aotearoa” in Otara in South Auckland. 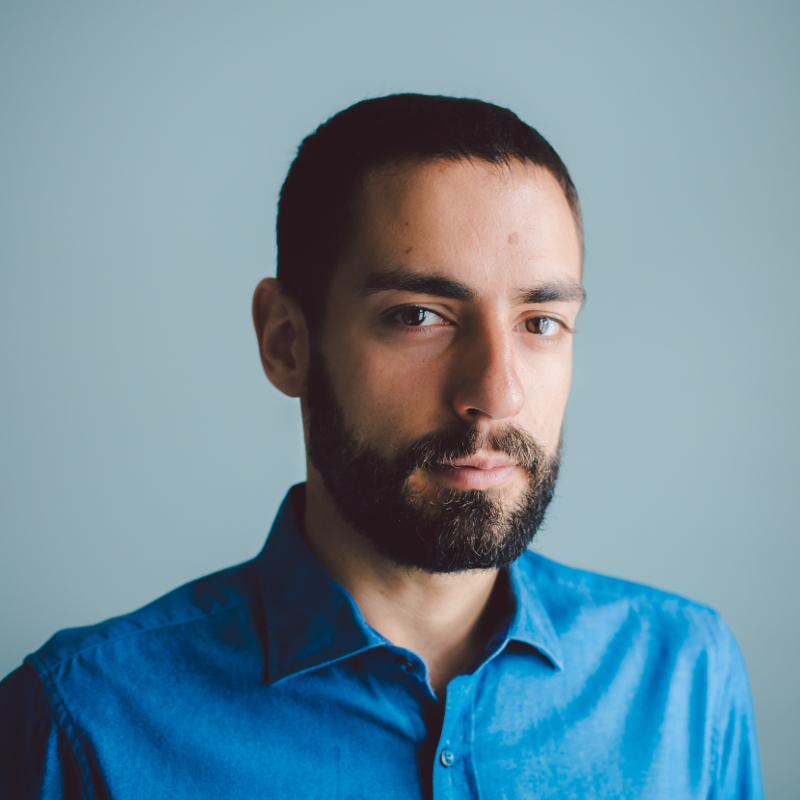 Flavio has performed many recitals as a soloist as well as in different duos extensively in New Zealand. He has played in various festivals including the Venice Biennale (2011) for the exhibition and installation of the New Zealand pavilion, "Lamezia Festival" (2013 and 2014), "Pianino Festival" (Mallorca), "Maggiociondolo Festival" (Alessandria) as well as performances in New Zealand as a soloist or with the Piano Quartet. At the end of 2014 he performed Rachmaninoff Concerto n.2 with the Orchestra Filarmonica of Calabria in Italy and subsequently with the Orchestra of CalArts in Los Angeles. The recording of that performance lead to the creation of a bio-documentary "Crossing Rachmaninoff" which premiered at the NZ International Film Festival in 2015 and then was shown in the USA, China and Europe the following year with great feedback. He also performed with New Plymouth Orchestra and Auckland Symphony Orchestra.

Currently he is undertaking a Doctorate through the Waikato University and is the Director of L'Accademia in St Heliers under the St Heliers Community Centre where he teaches, organizes concerts, masterclasses and leads a busy activity between the local and the musical community. 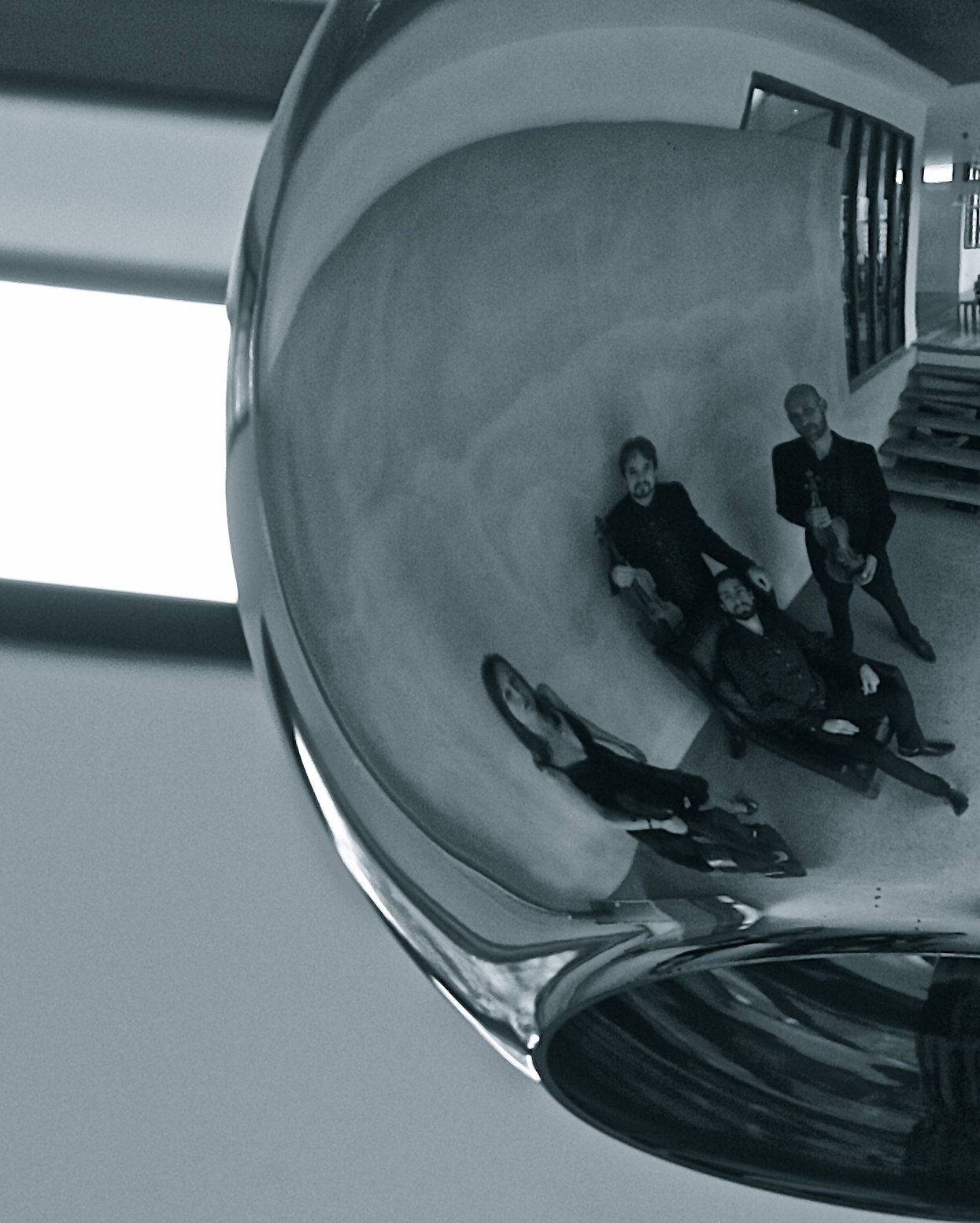